Art Vouveau Theatre Group, based in Athens Greece, was founded in 2013 by Thanasis Megalopoulos, Phivos Symeonidis and Danai Tikou. The three founders -actors and friends – share a common vision about theatre which is the formation of a theatrical dialect that transcends speech through physicality and that is able to move the audience in the most unexpected ways. The group’s artistic work springs from a fusion of references such as silent movies, physical and mask theatre, german expressionism, commedia dell’arte, contemporary dance, cinema, literature and multimedia. Another distinctive feature of Art Vouveau ‘s performances is live music, which sets the rhythm for their physicality on stage. Since their beginning, they have developed teaching methods related to their work, addressed to various ages and backgrounds, and they consider their workshops as an integral part of their research.​ 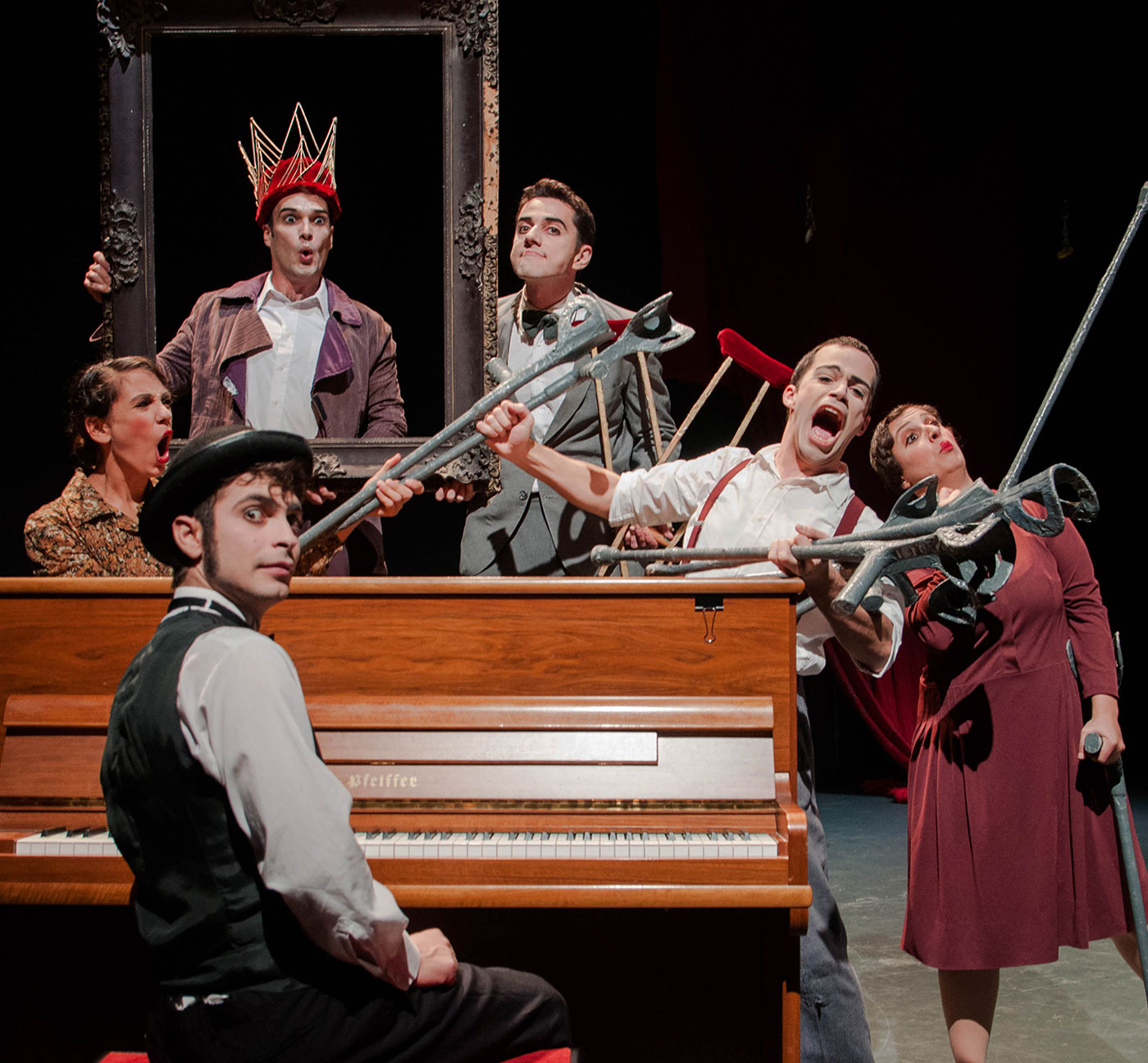 We took off on this adventure because we ‘ve dreamt of creating works of visual power, physical precision, and strong entertainment at the same time. We love to research and experiment with various artistic forms, crafts and new media and above all we enjoy building collaborative-based projects. Our inspiration stems from theatre genres and traditions that use physical movement as their primary tool for storytelling and thus allowing our works to be free from the boundaries of speech and language. 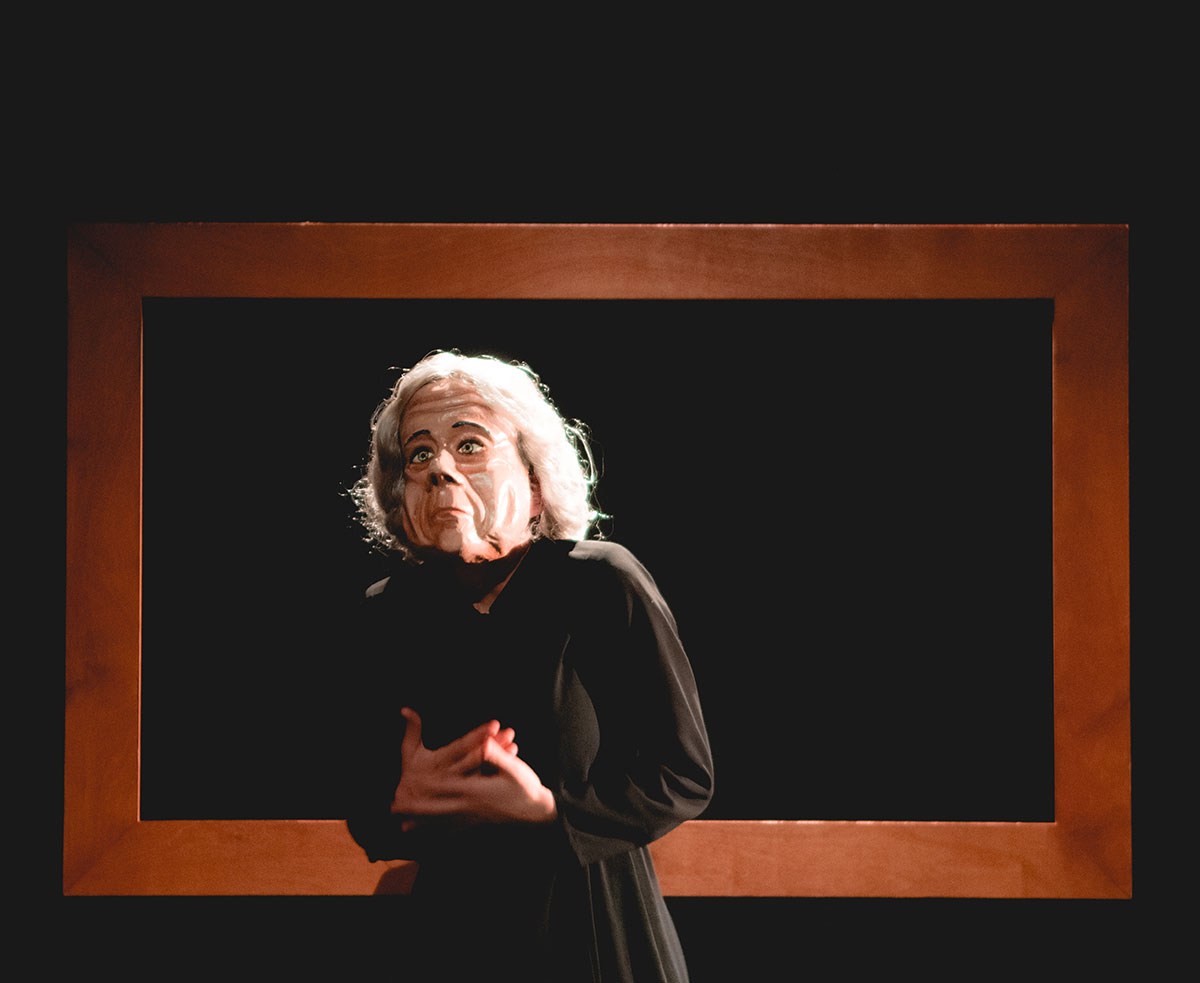 βουβός,-ή,-ό (\ˌvüvōs,-ē,-ō\). Someone who is mute/ silent for a particular reason and does not speak.
Art Nouveau (\ˌärt-nü-ˈvō\). International artistic movement that flourished between 1890 and 1910 and developed as a reaction to the established academic art forms of the 19th cent.

Art Vouveau (\ˌärt-vü-ˈvō\) is a way of annihilating our most boring selfs and letting out our inner silliest ever beast by means of the most ancient ways of physical performance. Obliged to never speak, the first Art Vouveau practitioners were taught by grand masters of the East to communicate in ways currently decoded by quantum physicists.

Art Vouveau have created experimental and genuine performances through their on-going research on various art forms, movements, and theatre genres. A significant part of their research is generated and implemented through their workshops which are addressed both to professionals or non- professionals. Have a look on their upcoming workshops to book your spot or contact them if you are interested in hosting one.

For Professionals
For Young Audiences
For Everyone 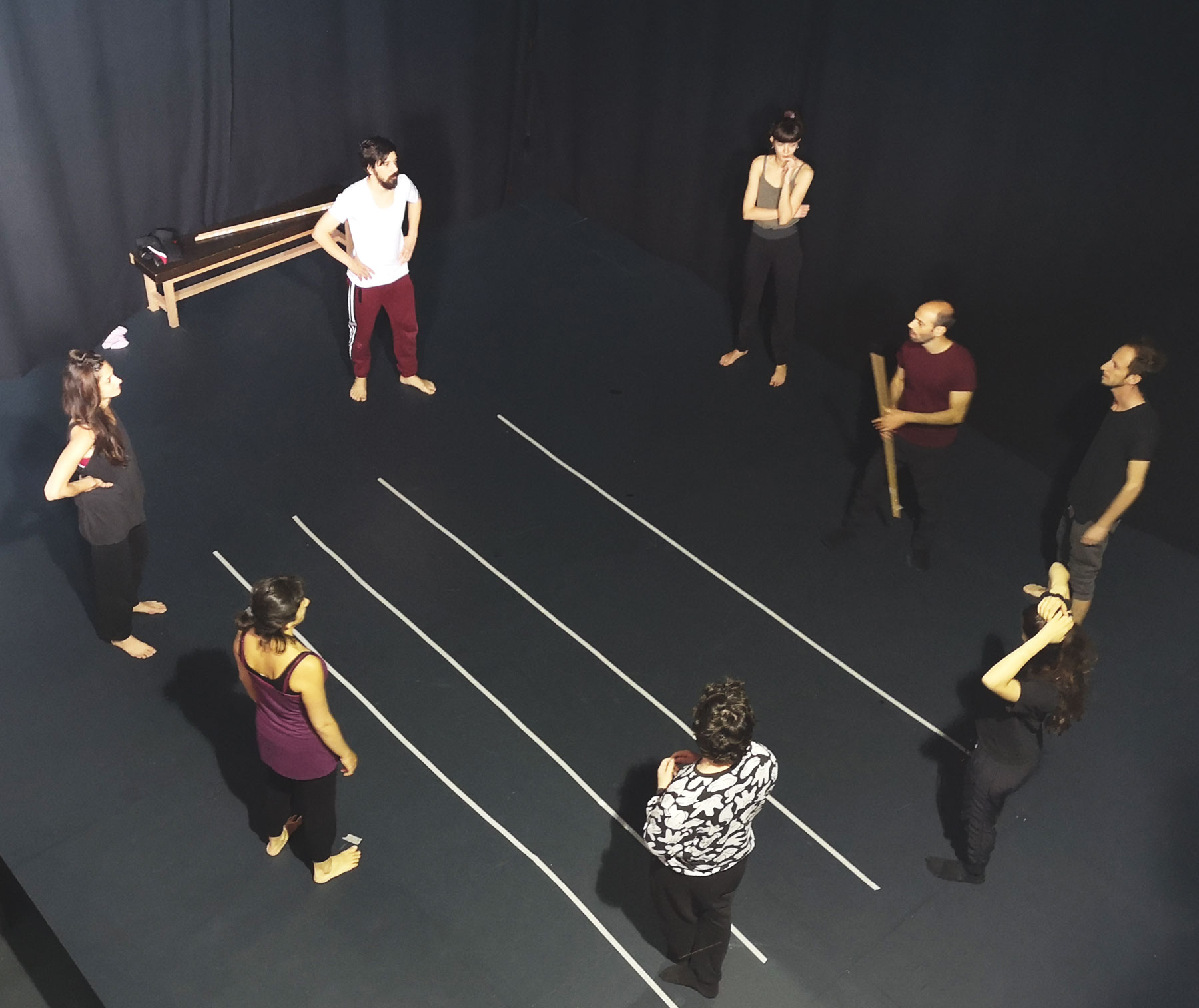 The Crutches are back in Olvio Theater.

“First Couple on the Moon” in Turkey!

“First Couple on the Moon” in Larissa!

We took part in the MPart Festival in Larissa, Greece.

“Home” in the National Theatre of Greece

Art Vouveau is very excited for this one! We are coming to Thessaloniki on 25-27th of September with a special 3-days theatre workshop.